Understanding Your Cost Per Lead 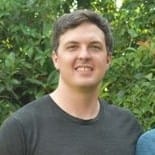 Before you ever pursue any marketing opportunity you’ve got to know your numbers.

Obviously, if you don’t know what you can afford to pay for a lead then you’ll never really know whether or not your marketing is working.

You’ll be stuck going by feel.

But there’s actually a huge advantage that you’re giving up by not fulling understanding your numbers.

You lose the ability to market based on your client value over an extended period of time- whether that’s lifetime, 6-months, or whatever makes sense from a cash flow perspective.

Why is this so important?

Our friend Same Day Sam is running a Google Ads campaign. He wants to spend $100 a day but only wants to see a return within the same day.

That means if he generates 5 calls in a day at $20 bucks each he expects to generate at least $100 of revenue.

Of course, we know this doesn’t always happen.

So Sam keeps looking at the short term for a few days and eventually pulls his budget way back.

Things get worse since he now has several days where he spends his $20 and generates 0 calls.

Eventually, he quits advertising and joins as many Facebook groups as he can to declare online advertising a scam.

Now we’ve got Patient Paul. He’s also on Google Ads and wants to spend $100 a day but instead of trying to see a return every day he’s looking at the bigger picture.

He also knows that 50% of customers call him again within 12 months.

That means, that over 12 months a job is worth an absolute minimum of $300 to Paul.

So strictly looking at revenue alone (not profit), Paul could afford to pay $120 per lead to break even over 12 months.

With this system in place, Paul could then say that for every $20 call he makes $100 as long as he gets enough of them to average out.

Now let’s say these two are in the same market.

Sam and Paul both start competing with each other.

Paul is happy to bid higher even if it raises the price per call a little bit because he knows that over time a call is worth $120 for him. So he wants as many of them as possible.

Sam, on the other hand, can only look at the $20 he lost when he didn’t close the deal.

All because he understands his numbers.

Advertising and marketing for your pressure washing business doesn’t have to be complicated… But it isn’t as easy as...

In this digital age, reviews are critical. People are more likely to listen to what others have to say about your...